Corinne, VLE Coordinator for Bishops Blue Coat, Chester has been using ePortfolios with their ICT students.

We created ePortfolios last year after our Head of ICT requested a way to keep track of student’s progress for his subject within Frog. He had the idea of using DIRT feedback and file uploads to show progress in his subject, as this is harder to do for ICT than ‘traditional’ book based subjects, such as maths. They were also created to keep a record of written feedback and dialogue between teachers and students. Each student up to Y10 has their own ePortfolio with a section for each topic/half term: 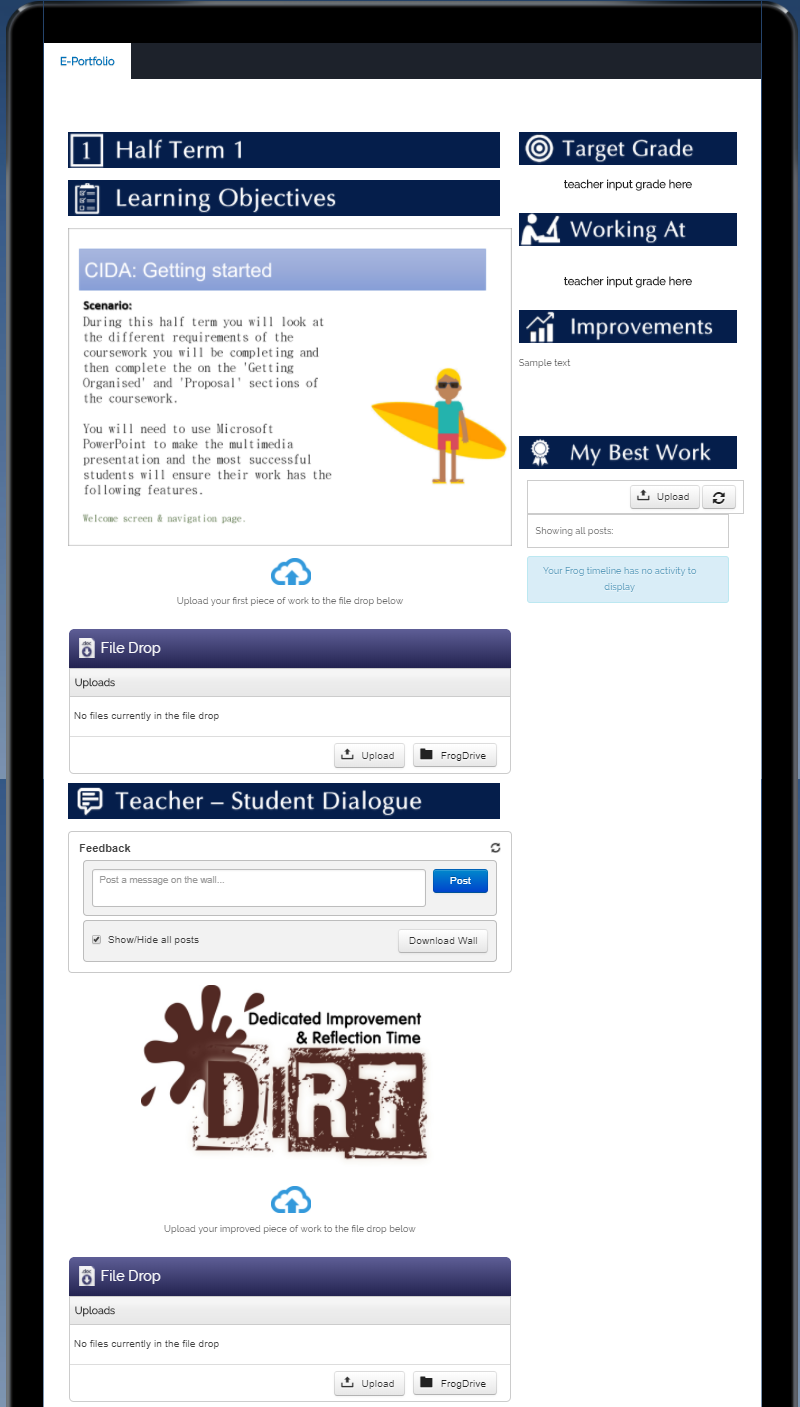 The ePortfolios were made using a site as a template, this site was then duplicated and renamed for each student, with a tag given for their class code. The sites' ownership was then given to each class teacher. This meant each teacher only had access to their students, and they could filter the sites by searching for the class code. It was a lengthy process but one which has paid off for us in terms of use and usefulness of the sites.

Much faster and more subjects

Frog’s ePortfolio creator now has all the same functionality, as well as the ability to share with parents, so repeating this process next year will be a much faster and more efficient process for us.

We are also looking at expanding this into other departments which may benefit for the easy capture of progress, such as Drama, Art and DT subjects.

Students have contribute rights to their own site, meaning they can upload to file drops, add comments to walls and upload to site timelines where necessary. Our head of ICT has used different methods of hand-in depending on the content of the work making this a powerful tool for collecting work from student. An example of this is using FrogSnap alongside a File Drop widget. This allows the students to add their work into the file drop but also an image or video of the work in use – this has been put in place for topics such as Scratch programming and MicroBits, allowing students to actively demonstrate their work. 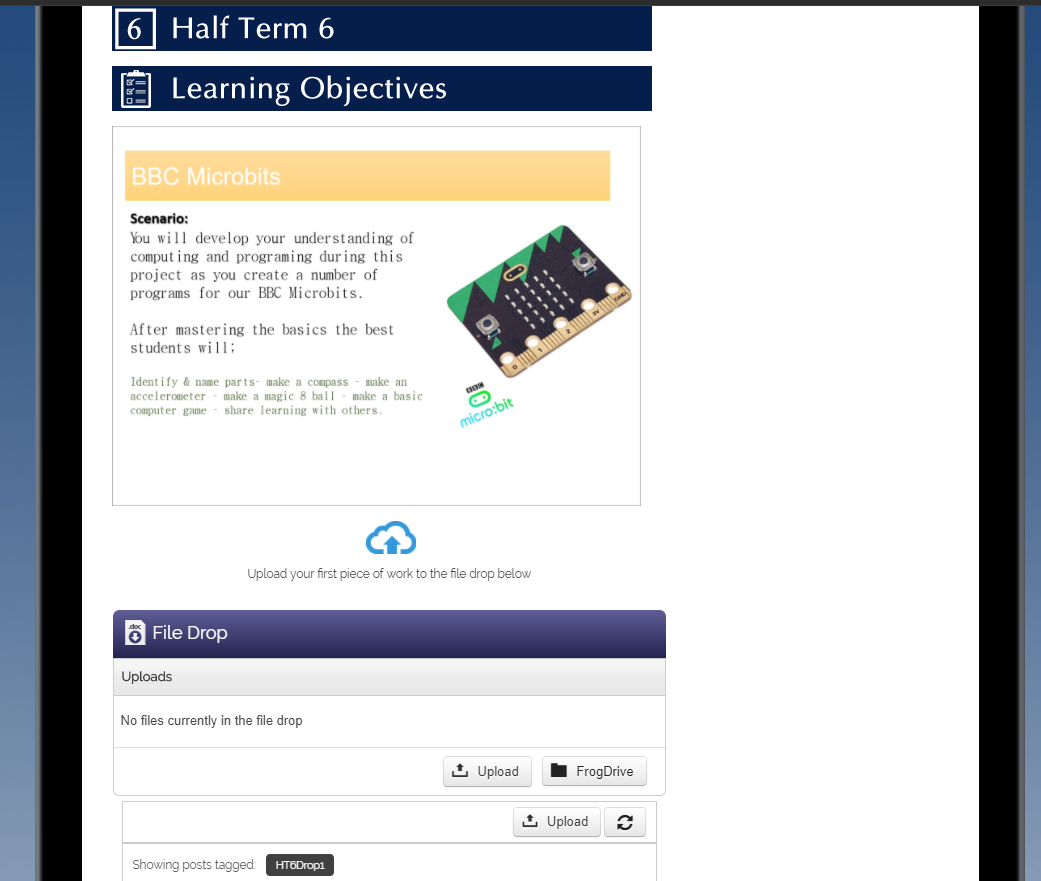