When I joined the school there was Frog3.  It was the school’s only intranet. It was used, but not much.  Network Drives, email and weekly staff briefings were the main communication methods for staff during this time.  Students had a daily 20minute form time, weekly student bulletin and weekly assemblies.

I was appointed VLE/Web Manager. I had previously worked at The Radclyffe School for 2 years as a VLE/Web Developer.  My first long-term task was to implement a transition from Frog3 to FrogLearn within a school year where Ofsted loomed.

The old VLE was in need of a facelift and re-engagement from both staff and students.  The decision was taken to embark on a redesign of all faculty sites within Frog3 even though I knew we would eventually be moving over to FrogLearn.  I took this decision because I had experience of designing in both platforms and knew that FrogLearn could pull through Frog3 sites so that, when we moved over, all of the hard work was not lost.

The benefits of this decision were three-fold: 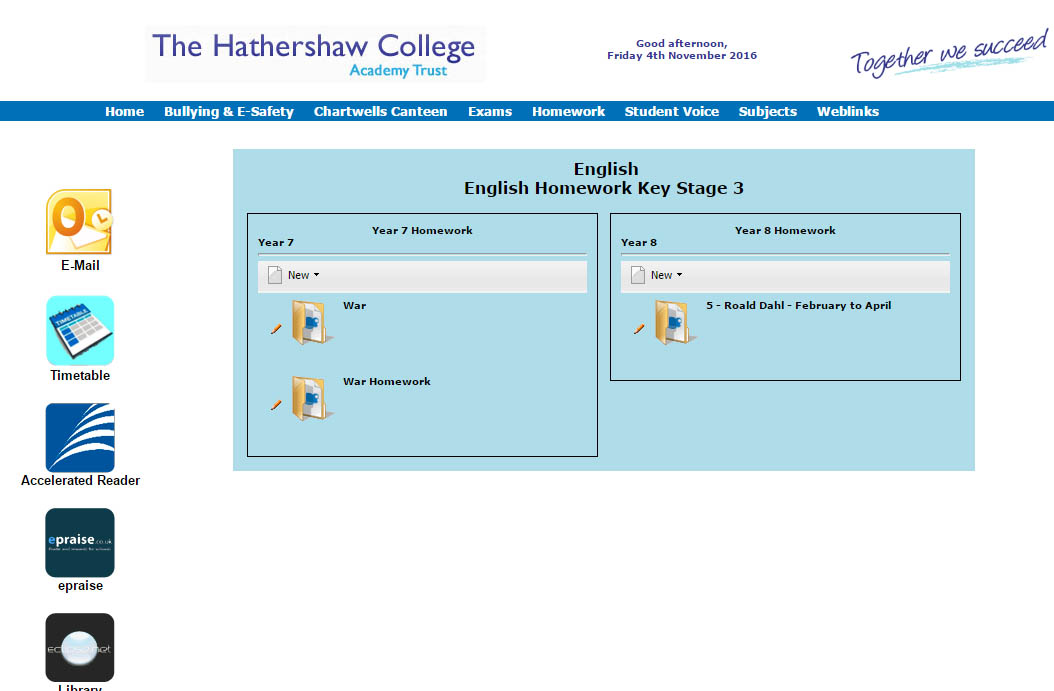 I held meetings with all curriculum leaders and worked on the faculty site redesigns with them on a phased roll-out - two per half-term – heavily backed by SLT.  I also worked on migrating content over to the new FrogLearn VLE in the background, knowing that once Ofsted had been, the switch-over would be made.

Ofsted came in April 2016 and we received a ‘Good’ judgement.  It was then a case of finding the right time to launch it to staff as the training calendar was pretty full.

We took the decision to launch FrogLearn with staff and students in July, 2 weeks before the end of the Summer term, giving nine weeks for users to familiarise themselves with the changes.  I also restricted some features, like the ability to create sites, as to not overwhelm staff without the proper training, giving them only the ability to edit their faculty sites (and of course their personal dashboards).

As things stand we run Frog3 alongside FrogLearn with a phased roll-out of after school CPD sessions planned to introduce elements to staff slowly and carefully in a safe environment.

I will deliver five sessions entitled:

All supported with an FrogLearn CPD site which contains training notes, videos made by Frog and videos made by myself.  This site is not only designed to help and support staff, but serves as evidence of what can be created using FrogLearn – exemplar work, if you will.  Even before these training sessions, engagement in the VLE with both staff and students could be evidenced by a large contingent voting on the Head Boy & Head Girl site, with both comments and likes by students who took to the new interactive VLE with ease. 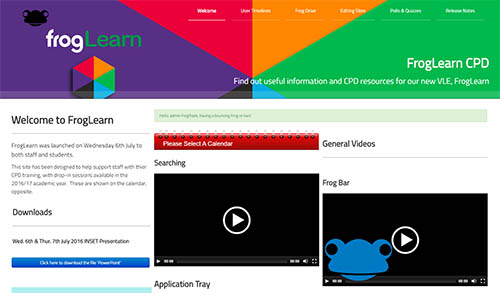 All new sites going forward will be designed using the new, responsive themes so that pupils can have access to the VLE across all devices.

I intend to involve parents as much as possible, and making our VLE sites display on mobile phones, along with the dedicated Frog Apps (Timeline and Snap), I see lots of engagement that will only help the progress of Teaching and Learning with the use of high quality materials.

Then, the next step for The Hathershaw College is to become Outstanding.